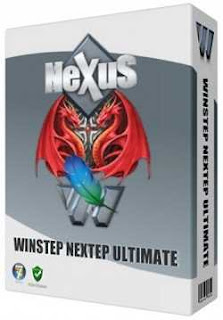 The Advanced Docking System for Windows. Wikipedia defines a dock as a user interface feature of a number of operating systems that typically provides a user with a way of launching and switching between applications. The Winstep Nexus Dock is a professional dock for Windows. With Nexus, your most frequently used applications are only a mouse click away – and Nexus turns working with your computer into a fun and exciting experience.

Nexus Ultimate is an enhanced version of the free-to-use Nexus dock which is available stand-alone or as a component of Winstep Xtreme (a single easy-to-install package featuring all of Winstep’s popular desktop enhancement products for Windows).

Shelf/Tabbed Dock (Nexus Ultimate)
Not only being able to hold shortcuts dragged into it, the Winstep Shelf is also capable of displaying the contents of special shell folders such as the Desktop, My Computer, Control Panel, Recent Documents, and so forth… It’s even able to display the contents of folders in your hard drive, which can then be manipulated via drag & drop as usual.

The Shelf makes it possible to have a ‘clean’, uncluttered, desktop with no icons on it whatsoever by having Nexus Ultimate hide the icons on the Desktop – icons that can then be quickly accessed via the Desktop tab. Tabs in the Shelf can also have keyboard shortcuts associated to them to make the Shelf simultaneously come to the foreground and open that particular tab.

Powerful Object-based Drag & Drop
Object based interface offers “drag & drop” capabilities that make it simple to manage your applications, files, printers, etc… Use Drag & Drop to move/copy/re-arrange objects from one location to another, to both inside and outside of docks. Drop documents onto dock application objects and have them automatically loaded. You can quickly change the images used by Nexus items simply by drag & dropping your favorite .ICO, .PNG or .TIF file onto the chosen object.

More Visual Effects (Nexus Ultimate)
With Nexus Ultimate you get even more amazing mouse-over, launch, and attention effects on top of the wide selection already given to you by the free version of the Winstep Nexus dock!

Virtual File System Support
Allows you to drag special Explorer objects, like Control Panel items and the My Computer icon, into docks.

Document Thumbnails
Documents, pictures and video files dragged to a dock show up as thumbnails for easy identification.

Blur Behind
Automatically blurs the background of semi-transparent docks (Vista and Windows 7 only).

Running Applications
Nexus is a complete taskbar replacement with the ability to display running applications on the dock – with Windows 7 “Superbar” abilities, including Aeropeek, even on Windows XP.

Auto-Hide
Docks attached to screen edges can auto-hide onto the screen edge and pop up on demand.

Auto-Collapse
Floating docks (i.e. docks not attached to a screen edge) can collapse into a single control tile and un-collapse on demand.

Full Multi-Monitor Support
Docks can be docked to any screen edge or left floating on any monitor.

In-Dock Modules/Docklets
Nexus features eight useful modules (widgets) such as a talking Digital/Analog Clock that synchronizes your time with time servers on the internet, a Recycler, an Email Checker that supports SSL and multiple email accounts, a Weather Module, CPU, Net and RAM Meters and Wanda, a ‘fortune cookie’ animated fish!

Clock Alarms and Task Scheduler
Clock module associated alarms allow you to display pop-up reminders, wake you up with music or run programs at specific times, once or periodically. The free version of Nexus supports a single alarm, while Nexus Ultimate supports an unlimited number of alarms.

Keyboard Accelerators
Docks can be brought to the foreground and dock items launched through user-specified hotkeys.

PNG, ICO and TIF File Support
Supports the use of PNG as well as TIF and ICO files for object images and bitmaps.

Complete Customization
Virtually every aspect of every dock is customizable: from icon size, to magnification size, to dock behavior.

Quality And Performance Tested
Nexus has undergone extensive testing by thousands of dedicated users. This testing continues as part of our ongoing efforts to provide top quality software to our customers. 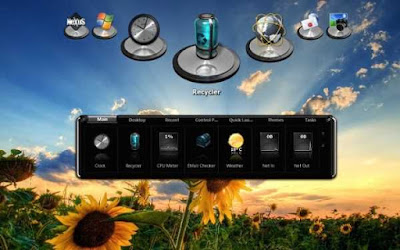 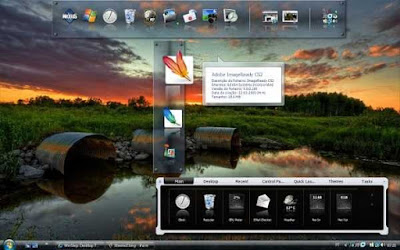